Why I coach women in dating and relationships 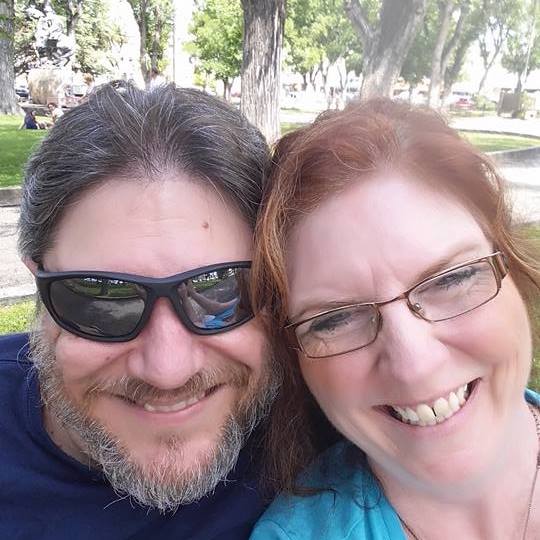 Because of my history, because I’ve been there, because after 32 years of being a serial monogamist, and getting my heart broken over and over again, I would spare my sisters some of that heartache if I could. And if sharing my story helps them, if I can build them up and help them BECOME who they truly are, I would.

I was married to my best friend this month. It caught us both by surprise.

I mean, we knew we were getting married, that wasn’t the surprise.

The surprise was that we would want to.

After all, after two marriages and two divorces, I was done. I had decided that I didn’t make a very good wife, that I was a much better girlfriend. Just a couple of weeks before I had told him that I was scared that I was going to stop caring, that I had reached the point in our relationship that I had reached many times before…the point where I was giving up and wanted to just bail.

It hurt him…it needed to be said because I really, really needed to see it for what it was. Something wasn’t right and I was drowning…and the only way I knew to get air was to say those words. Soon after, I apologized, I told him that I just needed to get his attention and I didn’t know how. Then I told him what I needed.

Things might have been less hurtful if I had just led with that…but even now, with all the skills that I possess, I can sometimes screw things up.

So when we talked of marriage a couple of weeks later, he said to me “if we get married, there is no coming to me and saying you want to leave, we’re married for life and we will work things out”

I had to REALLY think about this. No more blindly leaping, no more crossed fingers and take backs…if I was going to marry him, it was for keeps.

This was on me. I knew that this is a vow that I must make fully and completely, taking him as my husband ‘as is’ with all of his faults and he would take me with all of mine. There would be no changing him to try to make him fit, no changing me. This is for keeps.

Neither of us are perfect, we come from broken places, we’ve experienced enough heartbreak to last a lifetime, yet we found safety, comfort…we found home… in each other.

I spent so many years searching for him, you would think it was a no brainer

And believe me, there were years.

I would see all of my friends finding love, being ridiculously happy, talking about marrying their best friends while I was floundering. I couldn’t even admit to them that I had a problem…but I had a BIG PROBLEM. I lied to myself, I lied to others, I tried to shrink to fit to be what others needed me to be just so that I could claim I was in a relationship because I thought having someone else want me would make me feel better. Hell I spent a year in a relationship with someone who told me he wasn’t boyfriend material…but I tried like hell to MAKE HIM my boyfriend. God, that one was devastating. I don’t think I ever experienced such incredible heartbreak…and it was heartbreak of my own making.

The change finally came when I found a coach who taught me to see my own value. She taught me that if I wanted someone to love me, I had to love myself first.

Honestly, I don’t know that it would have shifted for me any other way.

My coach taught me to figure out what I had to have in a relationship in order to feel safe. She gave me a road map and a blue print for figuring it all out. She didn’t judge me when I still screwed up and thought I had found love…yet again. She accepted me as I was and applauded all of my steps…the ones forward…the ones backward. Her assistance was priceless.

And that’s why I coach others in finding their center, in falling in love with themselves, in creating a ‘grocery list’ of the things they desire in a relationship. Because I know what a miracle it created for me.

I know that there is someone out there who thinks that she can’t find love; that “happily ever after” only happens in fairy tales, or for other people. I was that woman once.

And on May the 4th, 2020, in the midst of a pandemic and a world that has gone crazy, I declared my absolute love and devotion to an imperfect, wonderful man who loves me unconditionally and takes me “as is”.

I would wish that kind of love and faithfulness for everyone.

Struggling with the same issue? Contact me and let’s chat about it!