The truth is the Law of Attraction ALWAYS works 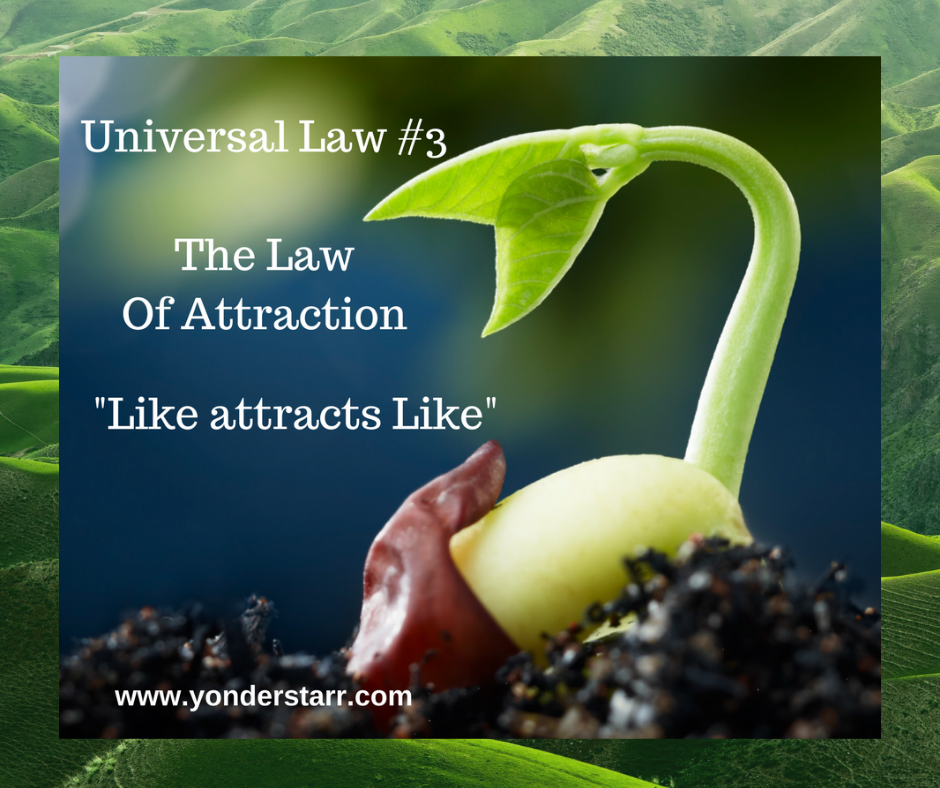 This month we are launching into the Law of Attraction!

I always remind people that LOA as it is called in many circles is but one of MANY Universal Laws that we use to work with our practice of creating the life we desire.

Notice I didn’t use the word “Manifesting”. There is a reason for this.

Universal Law is sacred. But what has happened since the movie The Secret came out has “manifested” into something completely different and I would do well to stop here for a moment and clarify a few things.

The Secret was wonderful in that it introduced the world to the power of Positive Thought. The downside of that is that it made it seem as though it’s an instant fix; that we can just “poof” magically manifest whatever we desire. The result is that there are now many…many coaches, gurus and quite frankly snake oil salesmen out in the world telling people that they have their OWN secret on how to manifest.

And there are groups on Facebook…including my own that attempt to teach people how to use the LOA to get things.

Unfortunately, many, many people think they have failed at “manifesting” when in reality, they simply haven’t used the Law properly.

Attraction is about frequency and vibration. We learned from the Law of Vibration that you cannot NOT send a vibration. We know this to be true, we READ vibrations constantly whether we are aware of it or not. If you are sending out a vibration of unworthiness, you attract situations that confirm that.  The Law is impartial…like soil, it doesn’t care what kind of seed is planted, it simply knows how to grow it.

When people ask about why they’ve failed to manifest, the answer is often…”well you must have subconscious negative beliefs”. And while it is true, this would seem to be the reason for not attracting what you want, it also leads to a sense of powerlessness, which then creates MORE beliefs that you just can’t attract what you want. Thus you end up in an endless spiral of desire, negative beliefs and constantly trying to dig yourself out of a hole.

And so this is where we begin.

I actually had a conversation with a friend just last night. She shared a quote that she found on Facebook

“The tighter you hold on to something you are afraid of losing, the more you will push it away. When you mix the vibration of fear with your desire, you are telling the universe ‘this ain’t it’ and blocking your own manifestation process, because the Universe talks in frequency”

My friend told me that she posted this and had been working on this concept, so that every time she received a notification that someone had liked or commented on the post, she read it again. This my dears is the thing I want you to practice this month.

As I told her, shifting beliefs takes time and consistent attention.

Our task this month is to practice that very thing.

The first shift I would request of you is to understand that you don’t “fail” at manifesting. You manifest all the time. You may not manifest what you desire…but you are still attracting what you believe.

It reminds me of an episode of Dr. Who called “The Doctor’s Wife” in which he finally gets to meet the physical embodiment of the Tardis in the form of a woman named Idris

The Doctor : You didn’t always take me where I wanted to go.

Idris : No, but I always took you where you needed to go.

And there’s the thing…the Law of Attraction takes you where you need to go in order to learn the lessons that you need to discover about loving and believing in yourself.

Didn’t attract the money you wanted? Dig for a belief that says you shouldn’t have it

Didn’t find the love you want? Dig for the energy that you are using when you approach someone.

The truth is you manifested what you need…now let’s figure out how to manifest what you want.

We don’t have a Tardis machine…but what we DO have is a brain and a desire to heal our past negative beliefs.

So let’s do that!