The Law of Perpetual Transmutation of Energy bonus lesson 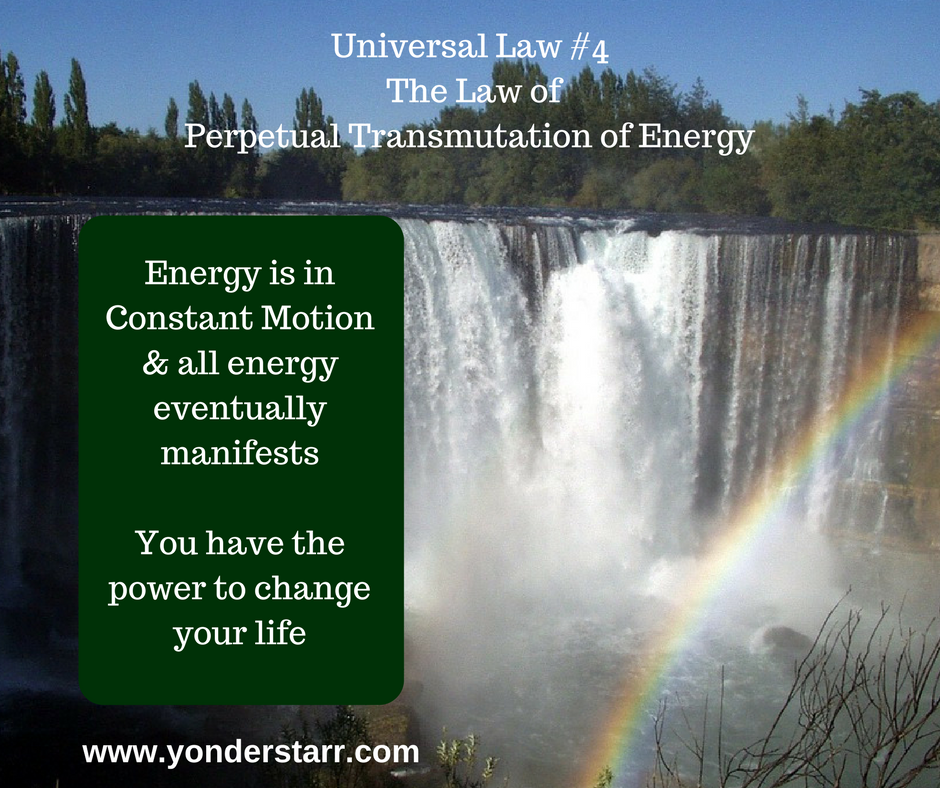 Energy is constantly moving and higher vibrational energy consumes or is more powerful than lower energy.

That said, power isn’t about control, but about “allowing” the energy to flow. Forcing control always leads to stress either on yourself or another. The reality is we don’t control anything. By choosing your thoughts and empowering yourself, you allow yourself to be in the flow of Universal energy; you find joy in manifesting your desires.”

From Lesson 4 Workbook – The 12 Laws of the Universe

This week was a struggle…it had highs and lows…there were tears, there was triumph, life, death…somehow I managed to pack it all into one week.

I struggled. I wanted to find the right support material for this lesson…there I was living it, but somehow forgot that it actually fit the lesson.

I hadn’t allowed myself to feel the heaviness of that sentence until just now. Wow…

I was living this fucking lesson.

Ok so…let me just hit the highlights and then, as mom says “we can talk about something else”

So, Buster died, I was there, I had my hand on him as his life faded. And it was weird.

In the hours leading up to that moment, I chose my energy, I assisted with Buster’s energy, I held space for those around me. It was the least I could do.

I chose my state of energy and Buster transformed his. It was actually beautiful…I just realized.

Ok…so now to the other thing.

I mean seriously, if you could find a better pair of guitarists…well there are many, but this particular pairing is pretty fucking cool!

And…I can talk about the transmutation of energy

[av_textblock size=” font_color=” color=” av-medium-font-size=” av-small-font-size=” av-mini-font-size=” admin_preview_bg=”]
The set up is that Nuno Bettencourt of Extreme is a huge fan of Nancy Wilson of Heart and so, when he had the chance to meet her, one thing led to another and he asked her if she wanted to jam. At first she said no, but then changed her mind and said ok.

Nuno’s introduction of Nancy is just adorable, he’s such a fan boy and gets to play with his idol. He admits to having a crush on her. She’s about 10 years older and and I can just imagine teenage Nuno with a Heart poster on his ceiling…they go back.

As I watched her take the stage, I saw this kind of goofy woman come up and smile at the audience and strike this “ta da!” pose. She looked…well…awkward.

And then she put on her guitar

Watch her as she grinds out the opening chords of Barracuda…there isn’t anything awkward about this woman. She commands the stage.

And that my dear friends is what the transmutation of energy is about…transformation.

Watch this video to the end, see who she is during Barracuda, and watch how she transforms in the opening riff of Crazy on You….she owns it as she goes from hard rocking seductress in Barracuda to classical guitarist…and back again.

And check the energy of the people around her. Watch how the men…guitar gods in their own right…just…step up their game in the presence of their idol. Check out the joy on their faces!

This is the thing…this is what energy does. Watch how the energy just…flows and the music comes THROUGH them…just have a look at that.

And the other cool thing about energy is that you get to choose….just like they do…

Isn’t that just the coolest thing?

Go have a look at that video and then consider…where is your goddess energy? Where are you a God? How can you carry that energy into reaching for the life you desire? How can you put it to best use?