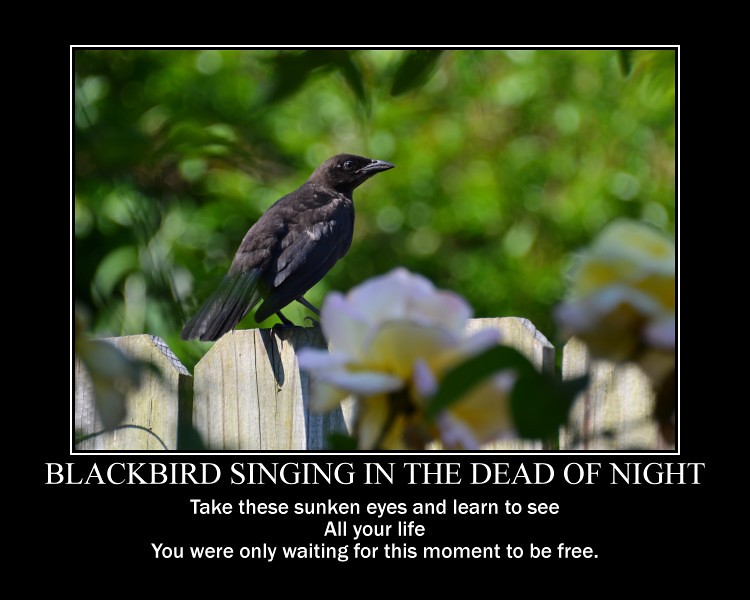 It’s always so interesting to look back and see the evolution of one’s learning. When I wrote this blog back in 2012, I was beginning to get a glimpse of my power and I was beginning to understand how Spirit guides and communicates with me on a daily basis.

Today the skills like looking up symbolism and paying attention to the animals and natural events around me are second nature, but back then not so much.

This thing called Faith is really about learning to trust in yourself. It’s about taking a look at those moments when you stepped out in faith and were rewarded for it…

Some days you don’t know what else to do, you’re on a seemingly endless cycle of “not quite what I had in mind” and “not nearly where I’d imagined myself to be”. You’re just in a place that you know isn’t right.

I was so there this morning, and really, I’ve been in this place for a couple of weeks. Fortunately, I have always had faith that I would eventually find my way. I’ve learned to look for signposts that point me in the direction that I should be heading. As a matter of fact, the last 6 months of my life have been all about following the signs, it has truly been a miraculous time!

It all started with a turtle. Really.

I wrote about my experience with a turtle in a blog back then called Inching Closer. It was about how I was in a place much like this one, in which I realized things just weren’t right. I went to the park to sit under some trees and think things through. I watched a turtle sitting on the shore of our little lake and waited while he decided whether or not he was going to take the plunge. At the very moment that he did, I suddenly realized that I needed to do the same, that I could no longer work in a situation in which I was not honored and valued.

Oddly enough, miraculously enough, I came to the realization about the job on a Saturday and I was told that I would be laid off on the following Monday. It was as though the Universe had been waiting for me to finally figure things out and once I did, all the “cosmic tumblers” clicked into place.

A while after that, I met with a wise woman who told me that I need to pay attention to the animals around me, that they are messengers and that the turtle was a symbol for something very important. She imparted to me that it was all about coming out of my shell, emerging into a new way of being. She was right. She also told me that I needed to allow blessings to flow towards me, she said I didn’t need to make things happen,  but instead, allow them to come to me. All that was required, she said was to pay attention.

I met with this woman once, but she had a profound affect on my life and I am eternally grateful for her wisdom.

So, the past 6 months have been all about following her wise advice and allowing life to flow towards me. I recognized that I had a pattern of leaping at whatever situation came along. While, being a “leaper” led to interesting places, I realized that I  could instead choose to wait. In an experimental sort of way, I have continued to just “feel” my way along armed only with the knowledge that if my instinct says it’s right, it’s right.  The experience of trusting my instinct has forced me to learn to stand in my truth and to not only stand there, but to state my truth OUT LOUD (gasp!)  and let the chips fall where they may.

Lately, though, old thought patterns have emerged, fear has shown up and to be honest, it has kind of thrown me for a loop. Once again, however, I knew enough to follow instinct and so today, when instinct told me to go back to my spot in the park and just sit, I did.  I soon found myself in the same spot where I had seen the turtle before. Oddly enough, I never saw turtles at the park until that day and I haven’t seen them since. This morning there were ducks around, and some other odd-looking type of water fowl that seemed to be visiting, but nothing really caught my attention. I wasn’t really looking for any kind of sign anyway, I just figured I needed to be still. I needed to sit in silence for a bit and just relax.

Out of the corner of my eye, I saw some movement. I looked over and there was a black bird walking towards the shore. He kept getting closer to me,  so I kept still and watched it. It would walk to the shore, then turn and walk back towards me, then back to the shore. I began taking pictures of it with my phone thinking it would be interesting to post to one of my message boards. But then, it kept getting closer…and soon I realized that it was walking in a circle around me…and it suddenly occurred to me that there might be more to this, that in fact, there was a message for me in the form of this bird.

I pulled out my phone and accessed the internet, first of all to figure out what kind of bird it was. I tried Magpie, but they have white feathers. This one had black iridescent feathers. I tried “blackbird” and sure enough, that was what he was.  As he continued to circle around, I looked up “blackbird symbolism”. The first link that I came to was a blog entitled A Light in The Darkness .

The last paragraph said this:

When blackbird flies into your life your connection with nature and the forces of creation increase. The magic of the underworld surfaces in your life. Awareness is heightened and change on a cellular level begins. The blackbird teaches you how to acknowledge your power and use it to its fullest.

As I read the last sentence, I looked back at the blackbird and it suddenly flew away! Having circled around me for the better part of 15 minutes, it was like…”there, you finally got it, I can go now”. My jaw dropped open and  tears came to my eyes immediately, I knew, I just knew without a doubt that I had received a gift.

I stayed for a few moments more and then got up on legs that had now fallen asleep. I circled back around the lake. Once I reached the edge I stopped and leaned against a tree placing my arm around it. I didn’t want someone to walk by and see me literally hugging a tree, but I needed something solid to lean on. I felt comforted, took a breath and then I was able to turn away and head home.

As I walked home, I thought about all the times in my life when I have drawn people and opportunities to me with the simple act of consciousness. In my single days, I used to literally make a list of the qualities I wanted in my next boyfriend and sure enough, he would show up “as ordered”. (Pretty soon it became apparent that I needed to be a bit more detailed, but…well, as a leaper, it did lead to some pretty interesting circumstances). And think about it, I realize that I needed to leave a job on a Saturday, but know that I can’t quit and the very next Monday I’m laid off? I have dozens of examples, that I’ve always just thought were cool and yet kind of took it for granted. It was like it was some kind of parlor trick.

As I looked back, however, I realized that my power has always been there but I have not acknowledged it. I realized how tired I’ve become of allowing myself to be mundane.  I wondered to myself what I could do if I really set my intent? I realized that now is the time; that at nearly 47 years old, it is time for me to embrace the fact that I am powerful beyond measure, that I am capable of brilliance. There is no longer a reason to wait or hide or to participate in anything other than my own success.

When I got home, I decided to look up the words to the old Beatles song…and yet again, my jaw dropped to the floor

Black bird singing in the dead of night

Take these sunken eyes and learn to see

you were only waiting for this moment to be free

It is time, of this there is no doubt. For this I am so grateful!

Do you see a certain type of animal or bird quite often? Google the name of the animal with the word “symbolism” after it

Did a word or name just pop into your head? Google it!

You get the idea…when something comes into your consciousness, use google to see if there a hidden or deeper meaning behind it.