Journaling – Emerging From the Fire 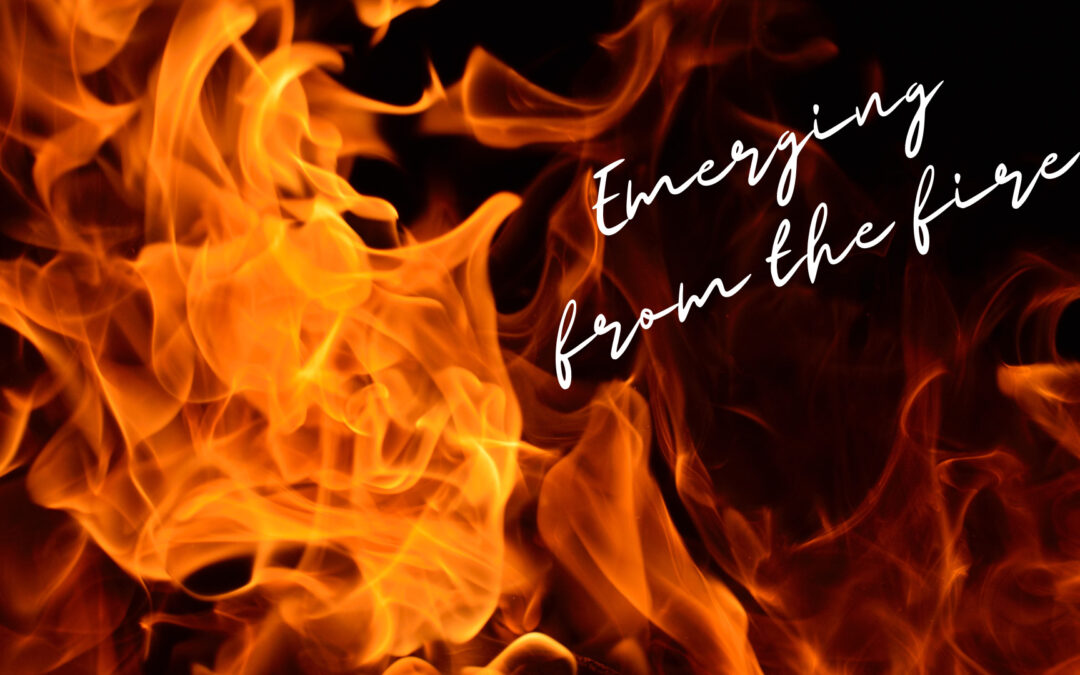 This week I am going through old blogs and cataloguing my content. As I come across old blogs that attract my attention, I’m posting them, many I have forgotten about…but this one…I’ve told this story, but I never realized that I had written a blog about it while it was still fresh in my mind. This blog is about the night I burned all of my journals…and freed myself from a whole bunch of excuses and co-dependent behavior…and so I give you…

Emerging from the Fire

I built a bon fire the other day.

I added the wood, added the flame…and then I added my past and I burned it all up.

The past came in the form of approximately 40 journals that I had kept since I was 33 years old. I’m 49 now. When I started journaling, my now 18 year old twins were 2, my 20 year old son was in kindergarten. I was married, living in Flagstaff, Arizona and had just completed 8 months of therapy.

When I started journaling, it was because I knew that I needed to tell my story even if it was only to me. My therapist said it was …well, I can’t remember what he said, but it was something about advanced thinking…as a matter of fact, I can’t even remember if he suggested it, or if I just came to it on my own.

I used to have a ritual of going to the book store and gazing at the variety of journals, trying to find the perfect one. I remember a particular day when I went to buy a new journal and dragged my 4 year old twins with me, hoping they would behave long enough for me to find “the one”. As I was standing there lovingly gazing at all of the possible selections, Noah took the opportunity to open the emergency exit and set off the fire alarm. Nothing like seeing dozens of patrons who have been quietly reading, look up at you and your child with shock and then disdain. That was the day I realized that choosing a journal should be saved for weekends and should be a solitary activity.

Some of my journal covers were just beautiful…some were sassy, some were plain. I can remember how surprised I was to discover that I had purchased two journals in a row that had the same cover. I remember the black journal that I purchased when I was going through my first divorce, the purple one that I purchased when I was going through the heartbreak of a doomed love affair. I remember how I switched to the much cheaper five dollar journals in the bargain stacks at Barnes & Noble because my new husband was a cheap bastard (a title he actually introduced to me and reveled in). There was the “alligator journal”…one that I decided was too plain on the outside and so I decorated with palm trees and alligators because I was having an online affair with a Peruvian from Florida.

At first, I went upstairs and grabbed one journal to burn, then it was a couple…then it was a stack…and finally I came down with my arms full, jostling the past…some of the journals falling to the floor as I rushed to get them outside.

My best friend…who is also going through a break up…was with me. An avid genealogist, she was astounded that I could do such a thing as burn a historical record. I explained to her that they just weren’t that detailed. As a matter of fact, I’m not sure that a stranger reading them would be able to discern that I had children. With the exception of national events that caught my attention and emotion…like 9/11…you wouldn’t know who was president or even where I lived. My journals were filled with my emotional turmoil over the years. Most started with sentences like “my husband is an asshole” or “I am so in love with ….”(fill in the blank, there were plenty of opportunities to do so).

My journals were a record…of my evolution…of my pain…and I suppose to some extent, my redemption.

And I burned them.

I’m a writer. I’ve blogged for years but for the last 6 months or slo, I haven’t written a word…I’ve been unable to put down on paper what I’ve been going through…and there has been a ot! I’m going through my second divorce…clearly there is much that I have to say. But not a word has been put down for others to read…nothing. As writer’s block goes…this has been a doozy.

About the time I put the 35th journal into the fire, I realized and said out loud “I haven’t been able to write because my story has changed”

I looked over at Shaunna in amazement. I had just stumbled upon the truth. Over these last few months, my story has evolved from that of a woman who is acted upon to a woman who takes action. I’ve released excuses, and fear and lies. I have let go of everything that I thought I was in order to become who I really am. I can no longer tell my story from the perspective of a woman who is learning and growing and trying to figure stuff out. I can only tell my story now from the perspective of one who knows.

And all of that…all of those things and so much more was what was contained in my journals.

In burning my lovely, angst filled, fantasy filled journals, I freed myself. I freed myself from my past…I freed myself…and others…from expectation or obligation. I walked out of what was and stepped boldly into what is.