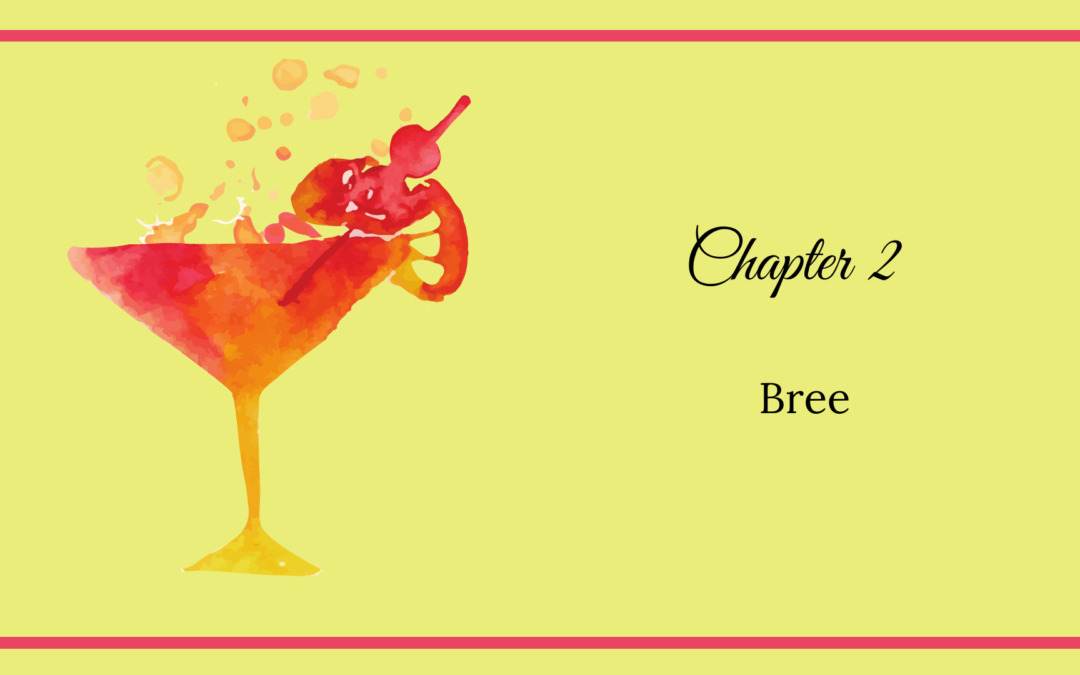 Troy held Bree in his strong arms. He grasped her by the hair forcing her to look up at him. She could see the longing in the depths of eyes the color of aged scotch. He kissed her hard and she felt a stirring between her legs and a delicious warmth in her chest as her heart beat faster. She wanted him.

She pulled back, breathless and ran her hands over his rock hard abs, she caught her breath again as she noticed the details of the eagle tattoo that spread across his chest. She looked carefully and realized was seeing a lady bug and somehow it seemed that it was fluttering its wings!

She looked back up into his eyes as he said “Mommy….mommy wake up”

She slowly pulled herself out of her dream and opened her eyes, blinking. Tiny blonde curls were under her nose and a plump little hand was patting her gently on the cheek.

“Mommy, wake up, Daddy is making breakfast and he says to come downstairs”

Bree snuggled little 4 year old Emma up in her arms and pulled her into the bed. She breathed in her yummy little girl scent and put all thoughts of her dream man neatly away in the recesses of her mind.

“I dunno baby, I think maybe we should sleep a little bit longer, what about you?” She said as she tickled her

Emma giggled “No, Mommy, Daddy says you should come now or you won’t get any”. Her brow furrowed in a 4 year old imitation of a stern look.

Typical Mike, sending one of the kids upstairs to make threats, she inwardly rolled her eyes, but said “Well, ok, I guess I need my breakfast don’t I sweetie? You go tell Daddy I’ll be down in just a minute”

She kissed her daughter on the head and shooed her on her way.

Bree stretched and allowed her thoughts to wander to her dream once more, but then sighed and swung her legs out of the bed. There was no sense dwelling on thoughts of Troy or lust or tattoos with ladybugs; that wasn’t her life now. Her life was 3 kids, and a husband and carpools and soccer and play dates, there wasn’t much room or time left for guys with tattoos who wanted her. She couldn’t even remember the last time a guy had looked at her in that way, and she was pretty sure that no guy with any tattoo ever would.

There was a real Troy once a long time ago, but that was before she had kids, before she met Mike. Troy was the “one that got away”. He was a bad boy and she had lusted after him with a passion. But she had been with bad boys before and knew that chasing after another one would only lead to heartbreak.

Just about that time, along came Mike. 10 years older than Bree, Mike was different from the boys she had been dating. He treated her kindly, he opened doors for her, he took her on dates and payed for them instead of going dutch…or worse, expecting her to pay. He was about as far away from a bad boy as she could get and she knew he wouldn’t break her heart. Her poor heart had been beaten and battered and she was ready for a bit of gentleness.

Now, 12 years later, she had the car, the kids, the big house, she had it all. She had everything she could possibly want in her life except passion. Kind, stable Mike had become boring and predictable, but then so had she. She usually managed to avoid thoughts of passion at all costs, lest her perfect world develop a crack in it. But, sometimes she would wonder what things would have been like with Troy, what would it be like now.

“Mom, where are my cleats?” She heard through her bedroom door

Soccer…Jarrod’s soccer game was this morning. Suddenly motherhood and an incredible hangover caught up with her in the same moment.

Pulling her robe on, she went to the door to find 10 year old Jarrod standing there, with a look of frustration on his face. “Mom, my cleats? Where are they?”

“Jarrod, would you please not yell at me through the door? I don’t know where they are, but I would imagine they are where you left them”

“Mom!” Jarrod whined, stretching the single syllable word into three as only a 10 year old could.

Bree gave him her patented steely “mom” glare “Do not whine at me young man. Have you checked the closet under the stairs?”

Jarrod, immediately made an about face, crossed over to the stairway and leapt the 5 steps to the landing just as Daniel was running up. Having nearly collided, the boys muttered “watch it” to each other and continued on.

Bree opened her mouth to yell at Jarrod when she felt a stabbing pain in her forehead and thought better of it. She said good morning to Daniel with as much of a smile as she could manage.

8-year-old Daniel barely looked up as he walked past, and said “Barney puked on the floor” Barney, their Golden Retriever had been doing that a lot lately.

“Lovely” Bree mumbled. She made a mental note to call the vet on Monday. Thinking that perhaps she could sneak back to her bedroom for a shower, she turned back towards her bedroom just as Michael yelled “Honey, could you come down here?” up the stairs

Damn, she was busted, she’d been seen, there was no help for it now.

She walked to the banister and as quietly as possible said “yes dear” and headed down with hopes of a strong cup of coffee before she had to deal with any more familial requests for location of items, dog sick or…ugh, breakfast. She wasn’t sure which of these things her stomach was protesting more, she just hoped someone would feel sorry for her and clean up after the dog before she saw it.

As she walked into the kitchen, Mike handed her a cup of coffee and kissed her on the head. “Good morning sweetie, how is my bunco girl today?”

“Hungover darling, how are you?”

“Fabulous! We have a full day today, baby.” Which meant she had a full day; he had golf.